You are here: Home / Thoughts & Theories / Exploring the Territory & Estimating Uncertainty to Understand the Business

As a consultant sometimes you get this feeling of “this is another one of those”. The feeling you get when Company X requests you to do something, and you’ve happened to have done exactly that a couple of months ago at Company Z. Easy money!

You might get lucky and duplicating the strategy and tactics actually works. But chances are it fails for seemingly unexplainable reasons. In this post I want to walk through 2 “lenses” I like to use to understand the business better and reduce these types of rs.

1. What Territory are we in?

Few people, usually researchers and stealth startups, are faring into completely unknown territory. They have unproven ideas for unknown markets. Companies like this have the highest risk of failure, combined with the highest total added value if they happen to succeed.

A lot of companies opt to either sell a known product to an unknown market or try to create a new product to sell to a known market. There is less risk because there are fewer unknowns; however, this also limits the potential upside and usually means there are more competitors going after the same idea.

Most companies work in (or end up in) crowded large markets with a lot of competitors fighting for the same consumers with marginally differentiated products.

The markets they compete in are usually mature and the competitive advantage of the incumbent companies usually lies in their ‘economies of scale’. (This is also what makes them vulnerable to disruption because they will need to “cut off their limbs” in order to survive.)

Once we know what territory we are operating in, I like to look at how certain we are of our assumptions. For me, certainty is connected to what we can prove. In other words, how much proof do we have that the thing that we’re doing is likely to

I think there are 3 main mindsets of operating we go through once certainty increases.

If we are very uncertain, we should be in the exploration mindset. We should be looking to validate our assumptions as quickly and cheaply as possible. The chances of us being wrong are really high.

The biggest challenge is the lack of data which usually prohibits us from doing data-driven experimentation. , these teams usually have to rely heavily on qualitative insights before being able to quantitatively validate assumptions.

Obviously when you’re operating in Unknown Territory most of the work will be labeled as Exploration.

Once we feel like we’ve “struck gold” we want to start experimenting with how we can extract value in the most efficient way. We’re less likely to experiment on the actual value proposition but more likely to figure out what means of delivering and extracting value work best.

This is where the data-driven way of working really shines. The culture of “learning” and “optimizing” to make sure you find the right fit.

Usually the companies working in Unexplored Territory have a focus on Optimization.

If we’re sure about our value proposition and our infrastructure to extract value it becomes a matter of scaling and tweaking execution to achieve the highest return on investment.

This is where organizational processes become really important. the company will scale to large numbers of employees all working on small pieces of the puzzle so aligning them becomes the biggest factor for success.

The companies in Crowded Territory tend do work mostly on finetuning execution for small incremental gains over large volumes.

Why you can’t copy success cases

Usually when I read “Company X did ABC which resulted in 123% uplift” I immediately think three things:

What I see most often is that companies that operate in Crowded Territory try to emulate the tactics done by companies in Unknown and Unexplored territory and get frustrated when it does not work.

They refuse to accept that their product is not “unique” (anymore) and that any viral sharing campaign done by Dropbox or Uber can’t be replicated for their printer business because they lack certain underlying market values.

The people who like to take large risks and get companies from 0 to 5% (“explorers”) are usually not the same people who enjoy pushing something from 80% to 81% with a lot of precision work (“Executors”).

The processes and procedures required to get a large company from 80% to 81% are very much needed to prevent total chaos but are impediments to explorers who feel limited by them.

When you see a large incumbent company suffering from a market which is being disrupted you’ll most likely run into a team of “Executors” with leadership that is trying to make them do the things “Explorers” should do.

What Phase are you working in?

So next time you embark on a new mission, ask yourself the following questions:

1. Are we in Unknown, Unexplored or Crowded Territory?

2. Are we Exploring, Optimizing or Executing?

Usually asking these questions uncovers potential pitfalls in the plan that where previously overlooked and it makes it easier to classify & prioritize tasks and assign them to the right people. 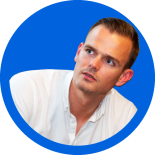 Independent consultant in Marketing and Analytics. I am usually learning, thinking & talking about the intersection of technology, data, marketing, consumer behavior, and business.

This site uses Akismet to reduce spam. Learn how your comment data is processed.